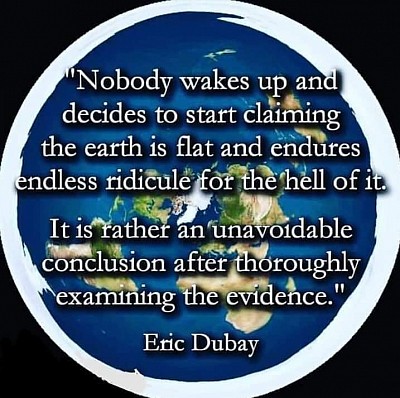 Earth is proven to be flat, stationary and enclosed.

It's time to wake up. They're lying to us.

There are a lot of fake flat earthers and disinformation groups like the Flat Earth Society out there to discredit the movement. Protect yourself from lies by ONLY believing what you yourself can prove.

Come with me down this rabbit hole there's something I want to show you. It's a dark world but you can enlightened it with thought and proof.

How can we be wobbling and flying in 3 different directions yet the constellations are always the same??? North Star never moving at all? Hmmm

In order for you to see the same constellations, planets and north star in the same position all your life and through out history ALL the stars and planets HAVE to be moving in UNISON with the spinning wobbling ball that's flying around the sun and Milky Way while leaving the Big Bang.

Here's the best video on the subject. Well worth the time. Watch with an open and unbiased mind.

One must ask himself why are globe believers turning into flat earthers. Are people suddenly dumbing down or wakening up.

ONLY believe what you can prove. 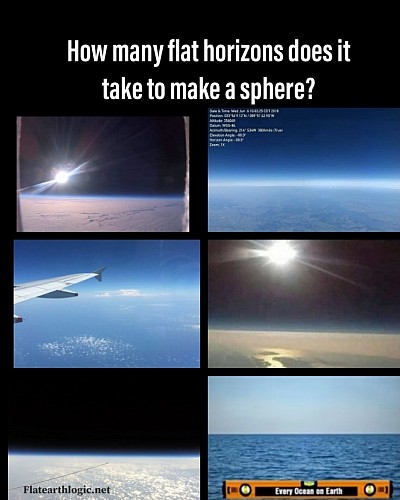 Where's exactly is the curvature? Do we really have to BELIEVE with no observation? 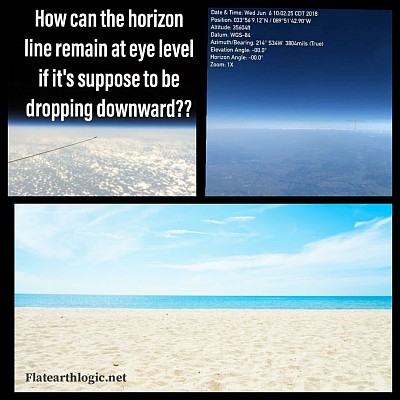 A dropping horizon line doesn't stay at eye level when you rise.

When you raise up off a ball, no matter how big the ball, the horizon line has to drop on all sides because its fixed on a downward curvature.

You should have to look DOWN further and further to see the horizon line because of the downward curvature. But you don't. Not even at 121,000feet. Only in NASA'S images.

Years ago NASA said that the Great Wall of China was the only man made structure you could see from space. HOW? It's only 20' wide. Length doesn't matter in an overhead view. Highways are wider. You can't see something 20' wide around 150 miles away. Somebody's lying. They have sense withdrawn this statement as I no longer see it.

Submarines use sonar equipment that goes out thousands of miles.

Like a compass, sonar would be useless on a ball.  The Navy also have lasers that go 100 miles out for aiming that lock onto their targets. That's 6666 feet of missing curvature.

How does an object execute the action of pulling? By what tackle? It's not solid gas or liquid or a magnetic. It's only density and buoyancy separating in an enclosed system.

Here are many experiments proving the earth is indeed flat. 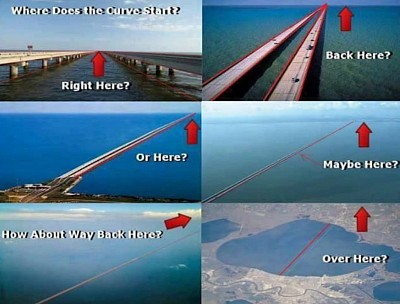 Water will travel 1000s of miles to find seaLEVEL. You have NEVER seen a curved ocean horizon. If you have solid proof that all this flat looking water is actually curved and on a spinning wobbling ball then please do share.

NASA says the atmosphere is moving at 1000 mph with the earth. But when you go outside the wind is blowing in totality different directions all over the world simultaneously.

Sometimes lower clouds are moving in a different direction then upper clouds. And at different speeds too.

It's almost as if it's moving on its own accord over a stationary earth.

And the weather system is build and dependant on a pressure gradient. We have to live in an enclosed environment. 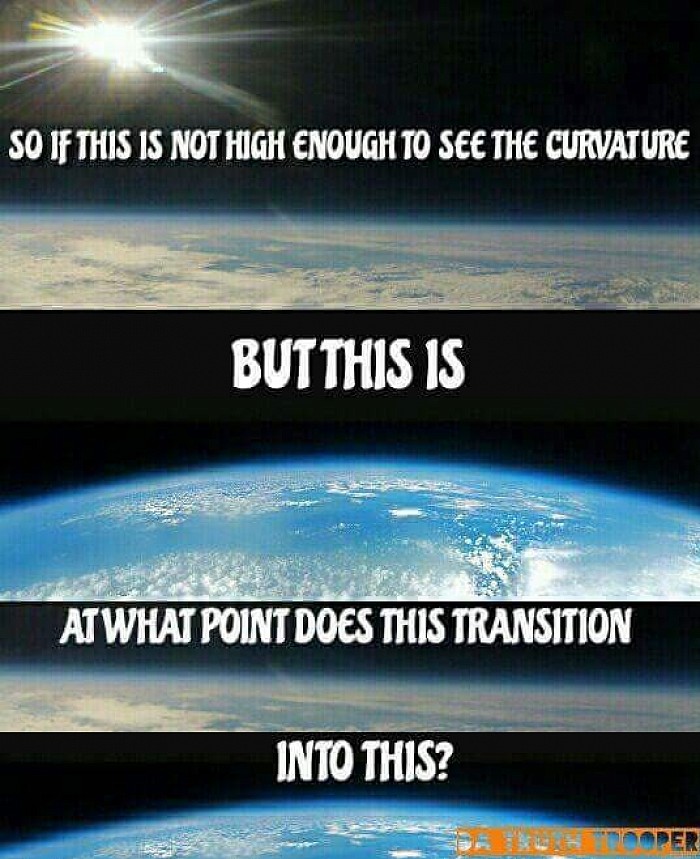 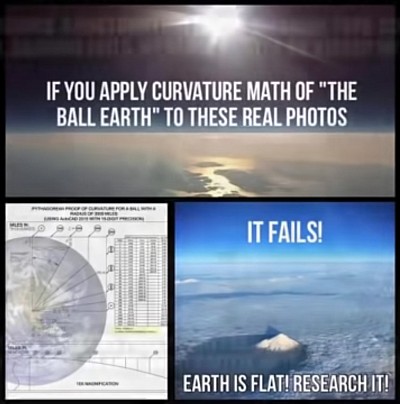 HOW can the Hubble telescope focus on a star that's moving all while the Hubble is rotating around earth at 17,000mph and flying around the sun, Milky Way and leaving the Big Bang?

We are dumbed down and controlled with lies.

You are seeing balloon satellite drones.

Remember the way our eye vision works with perspective. Things get smaller and smaller the further they go til it's gone. 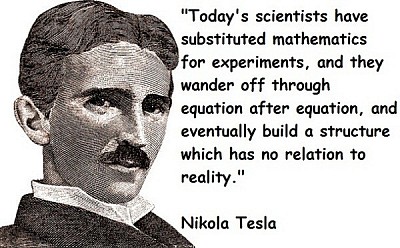 Here's a good short video on how the North star itself proves the world is like you see it. FLAT

PLEASE TURN PAGE IN THE MENU.