This picture makes a great point.

Here's another good point from Eric Dubay. "If Earth were a spinning ball heated by a Sun 93 million miles away, it would be impossible to have simultaneously sweltering summers in Africa while just a few thousand miles away bone-chilling frozen Arctic/Antarctic winters experiencing little to no heat from the Sun whatsoever.  If the heat from the Sun traveled 93,000,000 miles to the Sahara desert, it is absurd to assert that another 4,000 miles (0.00004%) further to Antarctica would completely negate such sweltering heat resulting in such drastic differences." 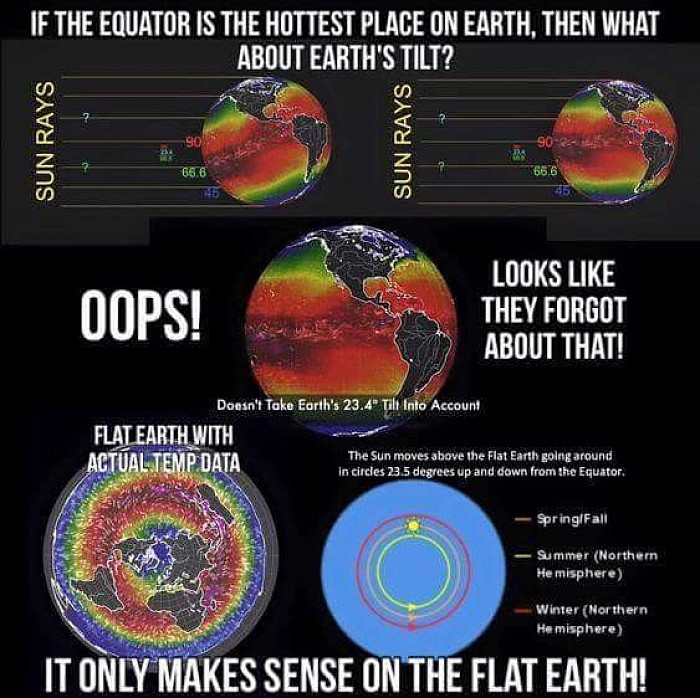 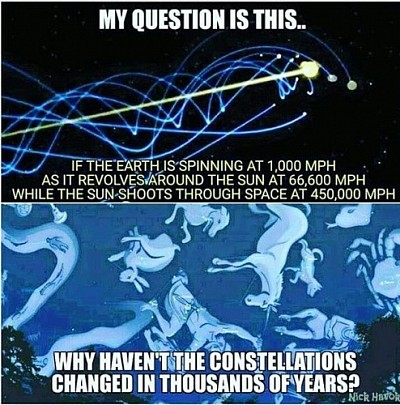 You've seen the prove for this all your life.  Here's a great video on star trails and how they work on a flat earth. 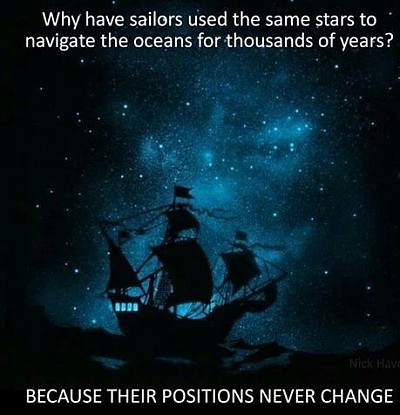 Hearsay is not evidence. We must fall on reality as evidence.

And 5 years ago flat earthers were all crazy but to many people are waking up. We can't all be crazy. 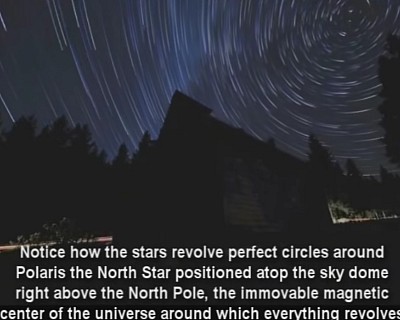 “Were the succession of stars endless, then the background of the sky would present us a uniform luminosity, since there could exist absolutely no point, in all that background, at which would not exist a star.” Edgar Allen Poe

If the Earth revolved around the Sun, the change in relative position of the stars after 6 months orbital motion could not fail to be seen. 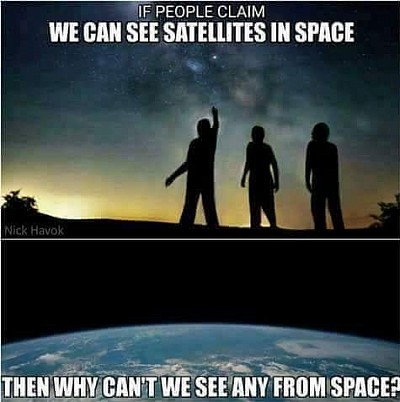 I used to think I was looking at satellites when I use to see the lights traveling across the sky. Then I notice the lower ones (balloons I've now learn) use to blow and go off course and the higher ones would be going really fast and sometimes turn directions. I have an idea as to what the higher ones are but can't prove it so I won't mention it. 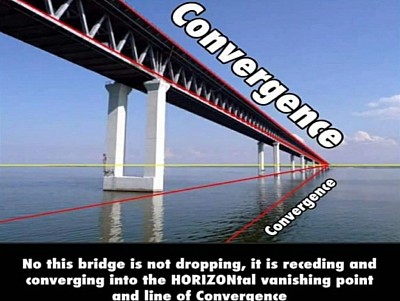 The sky and the ground just like the ceiling and the floor meet creating the horizon line. The same distance at which they seem to meet is the point when you can’t see any farther. It’s the limit of your human vision aka perspective. Humans can’t see infinitely. The ship simply goes past this. 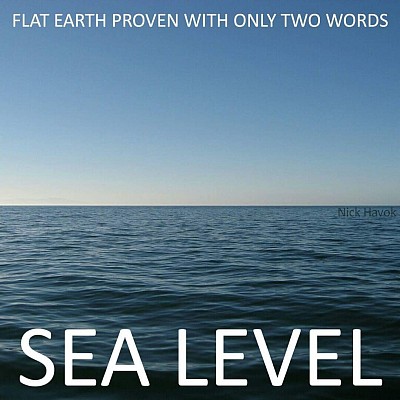 There’s no observable curvature anywhere. Globe believers will tell you earth is too big to see the curve and then in the same breath they’ll tell you you can watch a ship sail away over the curve.

WATER IS FLAT AND LEVEL. YOU HAVE ONLY SEEN THIS WITH YOUR EYES. 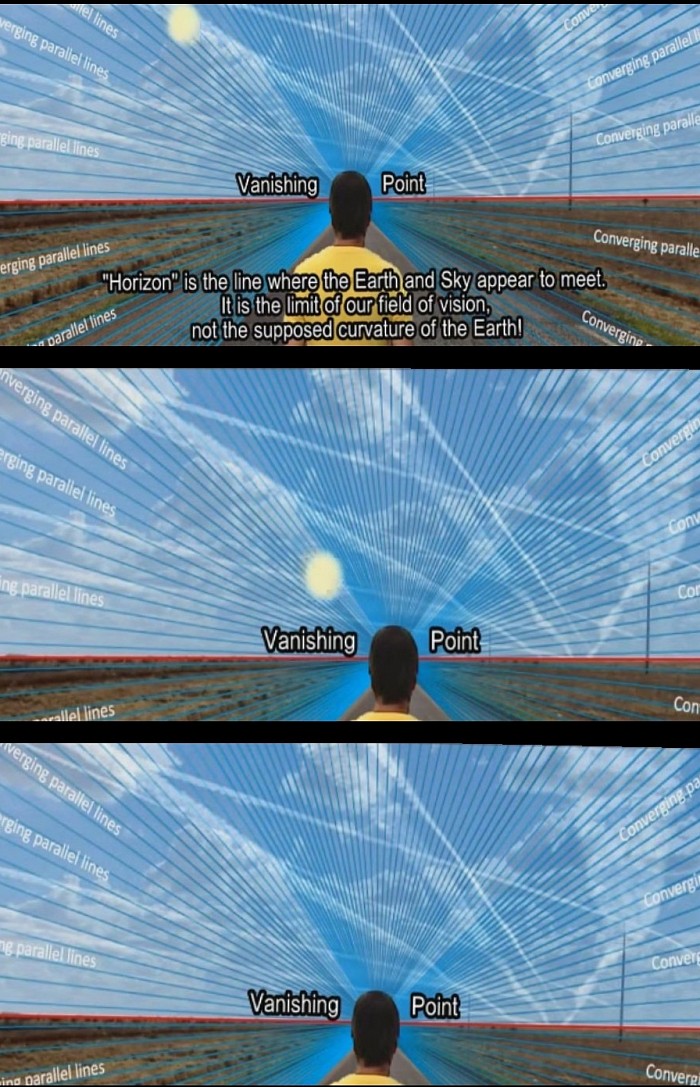 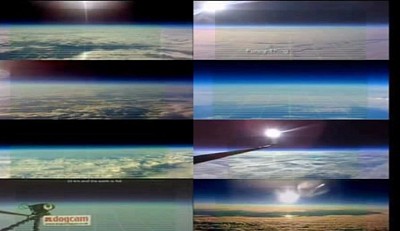 How many of these does it take to get you to wake up? Where's the curve the ships going behind? 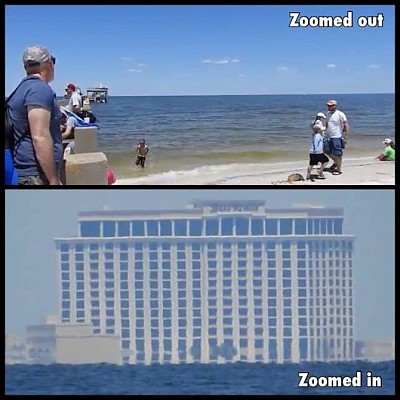 Don't believe this? Go to the beach and do it. Or maybe it's see through water binoculars. :/

This building should be leaning if it's on a ball. 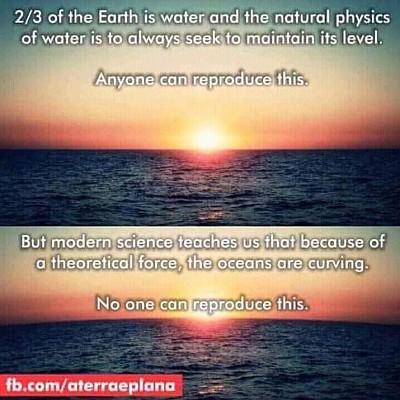 Only believe what you can prove. 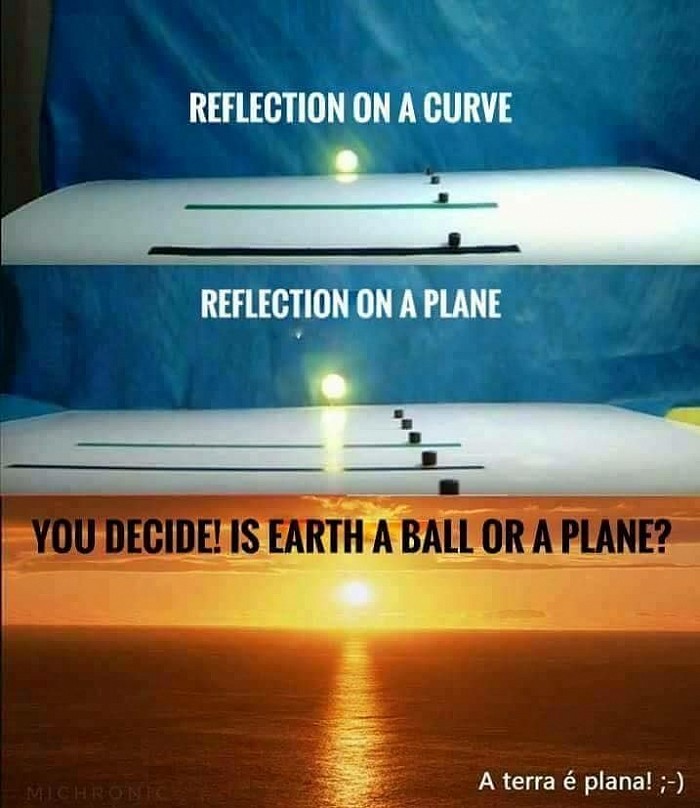 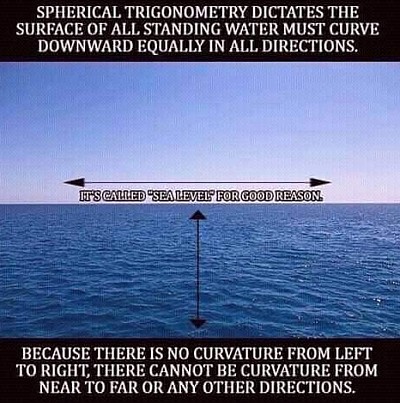 Either the earth is flat and it's perception or we live on a rolling pin.

I've flown over water and have seen no curvature whatsoever for the ship or sun to go behind.

Plane trigonometry has time and time again proven more accurate than spherical trigonometry in determining distances across the oceans.